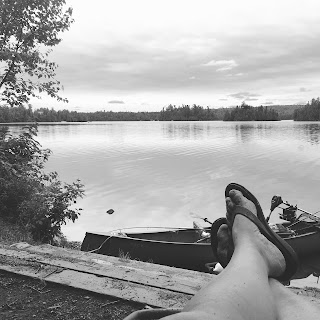 It has been a long winter. The snow started in October and we have had about 6 months of winter. We have had a few warm days that have managed to thaw the lakes. And joy of joys, it is ice out here in parts of Minnesota! For those that may not know the term “Ice Out’, it is when the lakes thaw and the ice is off the lakes. It is a day that many look forward to and some even place bets on what date it will happen.

During the winter I watched as the lakes became thick with ice. That thickness turned the lakes into roadways for ATV's, snowmobiles and trucks to negotiate a path to an ice house or a favorite fishing spot. Over time the lakes became dotted with ice houses, vehicles and left over trash from some of the more irresponsible ones that would come out to fish or party in their ice house and leave behind their garbage.

While all of this activity prevails above the lake, beneath it, is business as usual. The only way that anyone would know there is life beneath the thick ice would be to drill a hole through the few feet of thick ice to have a peak beneath where you are standing. To do this with an auger that is not powered is a very slow process. But once a hole is made, it is incredible to see the life that is beneath the cold frozen barrier of the ice.

Today I drove by one of the many lakes in the area that is now open water. I could see the white caps as the winds ripped across from one end of shoreline to another. And I began to see the many items that have washed up on shore from the winter. In time, volunteers and the DNR will gather all of the garbage and haul it away.

Once the ice is completely out and the sunshine warms the water, I will launching my kayak and take to paddling. On a calm day, what a vantage point I will have sitting so close to the water in the kayak. I will be privy to look deep within the pristine water and see the new signs of Spring; tadpoles, sunfish and maybe even a walleye.

Today, watching the thawing and ice out on the lakes, I hope that deep within I can also thaw my heart and have it melt all the negative things that can build up over a long winter of darkness and cold. Just like the clear pristine calm lake after ice out, let my heart have that melted, pristine calmness on the water to paddle on in life.