Is It Hot Enough for Ya? 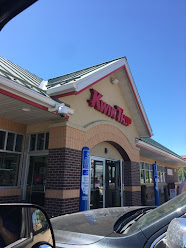 Minnesotans love to talk about the weather. If ever you are at a loss for words when speaking to a MInnesotan, the weather will always be the thing that will get a conversation going...with anyone...friends, family, and even complete strangers.

For the past 11 days or so, Summer has hit Minnesota full force and somewhat unexpectedly. For most of us, we had just put away our red plaid flannel shirts in exchange for T-shirts and flip-flops. We were just getting acclimated to the start of Summer outdoor sports too.

Three weeks ago was the start of Summer soccer for the grandkids. In Minnesota, because of such a short season for outdoor sports, games are always played no matter what the weather. Except if there is lightning. Games are called off or postponed if there is any lightning nearby. As a precaution that someone could be hit by lightning the fields are cleared. But otherwise the game will go on, in light rain, rain storms and all out monsoon downpours. Just not lightning. But a new rule was put into effect 3 weeks ago.

Three weeks ago a few of the grandkids that are in a soccer league had their game cancelled. Due to lightning? Nope,it was 34 degrees and snowing. Yes, the end of May and snow was coming down. A league first? Not really. Over the years we have had snow in every month except July. In July we are pretty much guaranteed no snow. Just tornadoes and maybe a flash flood here and there.

But, back to the instant Summer we have been experiencing the past 11 days. It has been in the upper 90’s-100 degrees without any evening temperatures below about 85. The weather station here at Hillbilly Holler sends me messages whenever the temperature goes above 99. It will also include the “feels like'' heat index temperature in the message. Several times daily, messages are dinging on my phone to let me know that the temp is 100, 101, 102.5 and the heat index is 115-125 degrees. I at first thought I maybe had the report plugged into Tucson or El Paso, places we have been frequently, but nope it was here at Hillbilly Holler.

Not only has Minnesota been experiencing really hot weather, but with over 10,000 lakes that we brag about, we have a lot of humidity to go with the high temps. It truly resembles a traditional Sauna we are all familiar with in the winter time. But there is no snow to jump into and roll around in to cool off. Imagine temps around 100 degrees and dew points in the 70’s. A tropical island... no, just Minnesota in the Summer. No Palm trees, just pine trees and birch trees and mosquitoes to suck the very blood right out of you.

The instant tropical Summer weather in Minnesota after a long cold winter is welcomed...the first day or two. And then it happens, the reality that it is just plain freaking hot and super humid sets in. Minnesota nice becomes a little more challenging and sometimes downright hard to maintain. The heat just does something to a Minnesotan at the Kwik Trip when holding the door for all of those entering. You open the door and feel that blast of 70 degree air inside and you long to just barge in front of everyone and go to the cold. For as long as you can tolerate it a person will hold the door open and let others in, until finally between the scalding metal door handle you are holding and the sun blazing down, you do it...the worst most un-Minnesota thing ever...you butt in front of someone and walk in, leaving the door opening job to some other poor baking soul.

Once inside the Kwik Trip, you or someone near you will start the conversation with “Is it hot enough for ya?” and the standard answer will be “Yah you betcha, if we don’t get some rain purdy soon, the corn’s gonna wilt”. And that is the jest of the conversation, usually taking place by the frozen foods with the cooler doors open and both of you standing almost inside the frozen food section. As you head for the door on your way back out into the heat, you can hear the worker at the Kwik Trip yell out ”See you next time”. You give a wave and now have to face the blast of a hot wall of heat as you exit. After you let the next 10 people in the door, you exit to your vehicle and sit for a few minutes drying off all the sweat on you from that 150 foot walk. As everyone here says, “It’s not the heat, it’s the humidity.”

Minnesota good-byes also take on a different element of timing during tropical Minnesota summers. We are well known for our long and extended good-byes here in the North Country. A person can announce their intent to leave and only after several more conversations, a few more cans of pop will an actual exit plan evolve. While typically a Minnesota good-bye, once announced, can take anywhere from 20 minutes to a full hour or more, in hot and humid weather it can be shortened to 20 minutes or less.

You may announce you are getting ready to leave, and have maybe another lemonade or pop, but once the door opens it is full steam ahead. You won’t stand by the door with it open letting all the heat into the house winding up your conversation. The door is opened and the walk to the car begins. It is not a lingering and chatty walk. In the Minnesota heat and humidity it becomes a very intentional walk to get safely to the vehicle. Once at the car, windows are all lowered and the air conditioning is turned on and the air begins to circulate. For a few minutes small talk will be made about the heat and the next chance of rain. Promises to get together soon when the weather is nicer are made and the customary caution statement of , “watch out for deer” is made and the Minnesota good-bye has just been cut down to under 20 minutes. And you all will have only a small amount of guilt that you will feel for having said your hasty good-byes. But oh well, there is always next time to have an official Minnesota good-bye, maybe the weather will be more cooperative. And besides there’s always text messaging from the passenger to you while on the road traveling home. A kind of Minnesota good-bye sequel.

Stay cool and safe everyone during this hot spell here in the North Country. Go have a pop and take it easy.