Banking in a Small Town 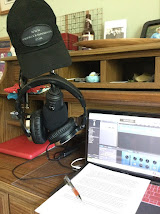 The other night as I was looking at campers and motorhomes for sale, I finally came across one that looked like it might be “The One” we have been searching for the past few months. After the last trip out with the “Damn Camper”, the trailer I could never seem to like, we decided to start looking for another means of travel.

Through much discussion and a whole lot of tossing around a million and one possible camping scenarios, we decided our best bet for getting from point A to point B is the ‘99 conversion van. We have put on over 8000 miles with it in the past few years, sometimes on its own and other times pulling the “Damn Camper”. For the times we would travel the country and not have a designated destination, we decided to start looking for a motorhome, either a class C or a Class A. My two requests were that it had a double bed in the back and I would be able to drive it without feeling like the back of it was so long  that it was in another time zone than the front.

My Best Half is planning to retire soon, after working in large Metro clinics  as a building engineer for the past 37 years. He is ready and I am ready to have him retire from that job. For several months we have been browsing Marketplace and Craig’s List for RV’s. But none of them ever really stood out as something we wanted. Or if we did see something it was out of the budget we had. I can’t tell you how many ads we have sent to each other over the past year or two. And then it happened.

I found an older, but well kept up Class A RV. It didn’t look to have any issues. No leaks, no mechanical problems, and about the size we were looking for. So I contacted the guy over in Northern Wisconsin and said we would be there in the morning to look at it. It was a 2 hour drive one way, so I wanted to get there as early as we could before someone else close by maybe came and grabbed it up. You always run the risk of losing a good deal on sales sites if there is someone else close by with the cash. It happens.

Saturday morning came and we hurried to the bank to withdraw the asking price of the RV in case it really was what we wanted and could then buy it there on site. We walked in and fortunately (or so I thought) we were the first ones in the bank. The first and actually the only ones in the bank, we could get in and out quickly and be on our way North. The two tellers at the counter and the one teller working at the drive thru area all greeted us a hearty good Saturday morning. They were all smiling and perky and if I didn’t know better, I would have thought we were long lost family. I went to fill in the withdrawal slip as my Best Half chatted with the teller taking care of us. First it was about the weather and heat and lack of rain this year, and then it was about what fun we had planned for ourselves this day. Jokingly, we told them we were going to take it all to the casino and try to double it. They all laughed, as our teller started pulling all the info up on the computer. We then told them our plans of maybe buying an RV.

While we were in a bit of a hurry to get on the road for the 2 hour drive, we continued to visit with them all and waited while the teller finished what she was doing on the computer and went to the vault to get the money. The conversation was mostly about traveling and how Covid messed up many plans last year. Then the teller at the other window started telling us about her great and inexpensive trip she booked during the Pandemic. And then the teller at the drive in window got on the subject of the airline violence that has been happening. We listened to them both while we were anxiously awaiting our money to be handed off to us. We were now starting to run late as we had been there about 10-15 minutes listening to them tell about their past vacations and how it is now with traveling. We all agreed the “just wear the stupid mask” plan was the best to prevent issues on a plane.

My Best Half looked at me when the tellers weren’t looking and pointed to his watch. I nodded and we both for the most part stopped talking so the tellers could work and finish up our transaction. I started wishing that more customers would come and need help so we could get our business done and be on our way. But no such luck.

Our teller was back and once again documenting in her computer holding the money. We were inches away from getting our money, finally. She held the money, ready to count it out, but first needed the other teller to co-sign for it. And that teller was finishing her story with us about how hot it has been running in the mornings and she now is up earlier before the heat hits. So we waited…

When there was a little silence, I asked if there was anything else they needed on our end to finish up the withdrawal, our teller said there wasn’t. There was an awkward few seconds of silence, and I mean really awkward. I’m not sure but I may have been guilty of being rude in terms of “Minnesota nice”. I was walking a pretty thin line at that moment.

It had been a good 15 minutes or more since handing the withdrawal slip to the teller. Our teller finally handed the other teller a slip to co-sign and then proceeded to count out $100 bills. All the while doing this, twice, she cautioned me that they were new bills and quite sticky, so be careful not to pay more than we should. I agreed I would be cautious and she put the money in an envelope and finally handed it to me. We then started the Minnesota good-bye as we walked backwards towards the door. We got in the van and both of us breathed a huge sigh of relief to get on the road. As I sat back and settled in for the now 80 mph drive to get there on time, I thought about how different it is to live in a smaller town where everybody really does know your name. I am convinced that if possible one of them would have walked us to our vehicle to finish off the Minnesota good-bye with “See ya soon, watch out for deer”.